"To the law and to the testimony: if they speak not according to this word, it is because there is no light in them."
Isaiah 8:20


Women’s ordination today is as popular as liberal social issues are in American Christianity and politics. The Seventh-day Adventist Church, particularly some Conferences and Unions in the NAD have been pushing hard for women ordination in disregard to the General Conference's authority and overwhelming vote in the opposite direction. But ultimately what is at stake here are not votes, by-laws, policies or actions by this or other Conference. No one would question that 11 Divisions voted against women ordination and only 2 voted in favor two GCs ago. That vast majority IS the body of Christ deciding the role of women with "full ecclesiastical authority" (ordination according to the Spirit of Prophecy). However that started by slow escalation of authority from ordination of female elders and  deaconesses, so now leaders use that as justification for equal ordination of women to the pastoral ministry. Little by little we gave away the beauty and simplicity of the Scriptures for complexities and fluidity of policies.

What is at stake here is the integrity of the Seventh-day Adventist Church core of solid, Biblical unshakable set of fundamental beliefs. #1: The Holy Scriptures are the infallible revelation of His will. They are the standard of character, the test of experience, the authoritative revealer of doctrines, and the trustworthy record of God's acts in history. However the part wants to command the body and they are doing it because they can…unfortunately. By pushing, twisting and turning every piece of rule to accommodate their intent these leaders of some Conferences and Unions will vote after vote, meeting after meeting continue until their goal is accomplished. How many times do we need to vote "No" to women's ordination? The answer is simple: We'll continue to bring it up for vote until it becomes a "Yes", starting with female elders, deaconesses and then pastors. Brothers and Sisters, this will deeply divide the Church, not bring unity, because the vast majority of the body of Christ (the vast population of 11 Divisions) does not believe is this unbiblical, un-Adventist and unseemly fallacy.


This is a sign of something deeper and more pervasive. At the heart of the issue is that truth is no longer absolute. The Scriptures are no longer the infallible revelation of His will. Not according to some leaders. The discernment between truth and lie is no longer a bright line but a wide gray zone that is getting wider by the day. So wide that people do not see any difference in the sanctity of priesthood well written and articulated in the Bible from another form based on human wicked thinking. Just because someone is or was a great leader, male or female, that does not give him/her the right to officiate in the temple. Remember when that unfortunate man tried to catch the ark falling off the cart? He actually died on the spot. Why? Simple: God told them not to touch the ark. Period!

Clear truth is no longer acceptable. That is too radical nowadays as the church has "evolved" and the firmness of pillars of principles are no longer that firm. After all, we need to be flexible with our cultural diversity. As if the Bible was written with versions for social adaptation...We now have human rationalization use of scriptures in lieu exegesis. Now society commands and demands truth to adapt and we say: Amen! Even at the cost of changing the real meaning of words such as "discrimination" which somehow became an ugly word although is expressed in the Bible abundantly. There is the saved and the lost. There is sheep and the goat. There is the holy and unholy. There are those that love Him and keep His commandments and those that want to do away with His commandments. There are those that do the will of God and there are those that follow their own will. God throughout the Bible makes clear distinction between those who follow Him and those who follow their own ways. 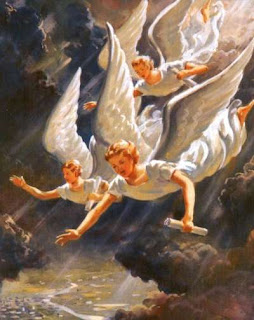 This push for women ordination is based on popular social forces other than the Bible and Spirit of Prophecy. The misconception is that although man and women are the same before God they have different and distinct roles, therefore they are not equal in the latter sense. We have become a church that embraces social issues ("not mission…") that plagues popular Christianity rather than the solid, strong Biblical truth centered church with a focus on the three angel’s message.


What has made some leaders in church wonder off our basics? Think about the quality and formation of our leaders these days. Look honestly at our progress in America in terms of baptisms, church growth and expansion that has been nothing short of a disappointing and utterly failure. Mathematically we are not able to even keep our own children in the church, so it is understandable why some are desperate. We all should be! Now, in spite of an anemic baptismal record (Hispanics aside) the two Divisions that are performing terribly compared to the rest of the world (US and Europe) coincidentally are the ones pushing hard for ordination of women. That off course is in disregard for the vast majority of the body that has this terrible habit of insisting on sticking with the Bible and requiring nothing less than a "thou sayest the Lord" or "it is written"! It just happens that these areas are the ones growing by leaps and bounds!  That ought to tell something to Pastors that use little or no Bible and Spirit of Prophecy in their sermons, but rather make Internet their center of thoughtless sermon preparation.


Having a popular false idea muddying our truth is nothing new. One single popular idea concerning Daniel 8:14 that the earth was the sanctuary was enough for the great deception of the Millerite movement. One little mistake can sour the entire truth. But if the Church leadership can use a set of poorly articulated, social pleaser, unfounded arguments with pseudo theological grounds, then we can prepare ourselves for the wave of arguments that will come against Sanctuary and primarily against the Sabbath, because enemies of truth have been using the same reasoning and rationale for several decades. The fact that there are no women ordained to priesthood in the Bible is the same reason why there is no Sunday as a day of keeping: It is just not there! In the end, if you can ordain a woman without solid Biblical reason to have "full ecclesiastical authority" and in vain worship Him, then you can keep Sunday on the same grounds.


This fear of discrimination based on gender and what others will say about us is an open door for lawlessness. The next question then is: What types of gender are we referring to? In my opinion, this is setting the path to apostasy and heresy. Forget what we think, or what policies say. The social and popular Christianity will dictate some of our leader’s next steps again in a near future - God help us! They already found the way.

WATCH THE VIDEOS BELOW

God's Role for Women in Ministry 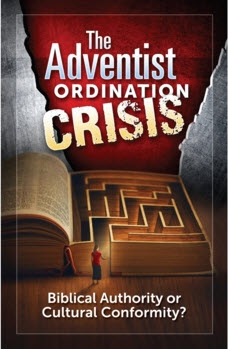 Who is the Beast?